New Duck coach, Storm win 3rd close one in a row… and other thoughts 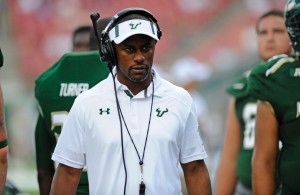 The Ducks are going to make USF’s Willie Taggart their new coach. I don’t know much about him but those that do seem pumped about the choice! Personally I thought P.J. Fleck would be a great choice, but based on the reactions from those in the know, Taggart is clearly a win.

Summit boys basketball beat North Medford last night 56-52 in double overtime. Cam Baker hit a buzzer-beater to send the game into overtime, then Russell Wells hit a buzzer-beater to send it to a second overtime. In three games the Storm (3-0) have two two-point wins and a double overtime win. They are getting some good testing in before league play begins. I can’t wait for league to start. I’m expecting some very good Summit vs Mountain View boys basketball games. I also think Bend high will be very competitive in that mix as well.

With the Cowboys and Raiders playing so well, shouldn’t this be the best year of NFL football as far as fandom goes? I mean are there any two football teams with the National fanbase that those two have? I think the NFL continues to mess around with worrying about stupid things like celebrations and is missing what matters. Now the NBA on the other hand, they seem to have it figured out. I think this is going to be a season that NBA fans are going to be excited about, it already feels like an incredible one and we aren’t even to the All Star game yet!